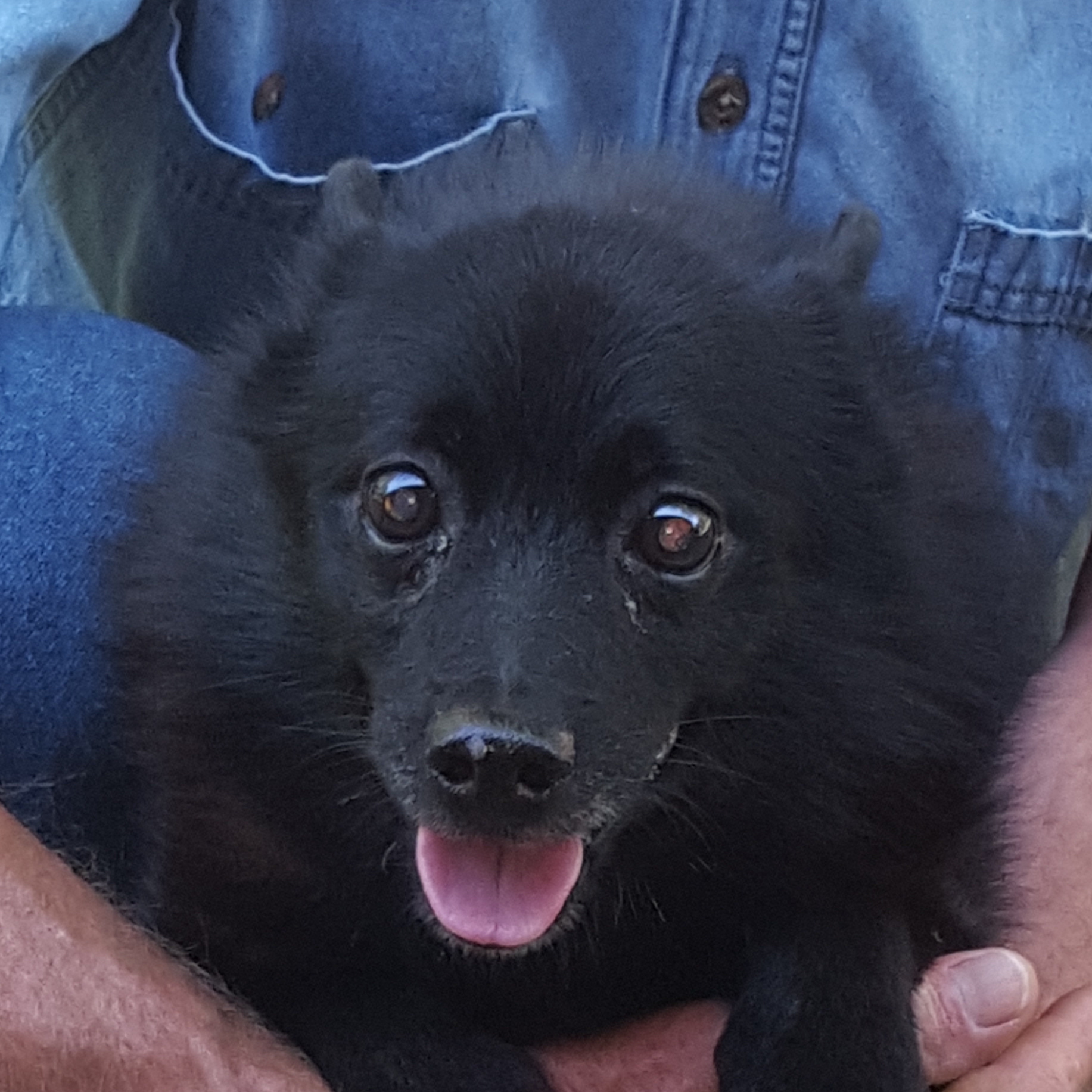 Sparky was brought to HUA with a severe neurological disorder called Cerebellar Hypoplasia, which causes him to shake and wobble continuously, and to experience lots of difficulty walking, running or playing. Every task was a challenge to Sparky–walking across the room, taking a treat and successfully eating it without dropping it, eating and drinking. All of those things required concentration and persistence from him. To Sparky, this was all just normal life. The world shakes continuously through his eyes. Although his body creates challenges for him, Sparky is a very smart dog. He can be frequently found studying the world through his beautiful and soulful eyes. He has some strong opinions about how dogs should behave, and has therefore assumed the role of Sheriff.  He is quick to chastise other dogs when he believes that they are not behaving appropriately. If he sees an altercation between two dogs, Sparky quickly intervenes to break up the quarrel. Sparky continually strives to accomplish tasks that challenge him. It took him a few years, but he finally was able to reach up and place his front paws on his foster mom and dad, asking for attention. That was a day for true celebration! Sparky loves his therapeutic foster family, and he is a cherished member of the HUA Sweetheart crew.

Sponsor Me!
Search All HUA Dogs