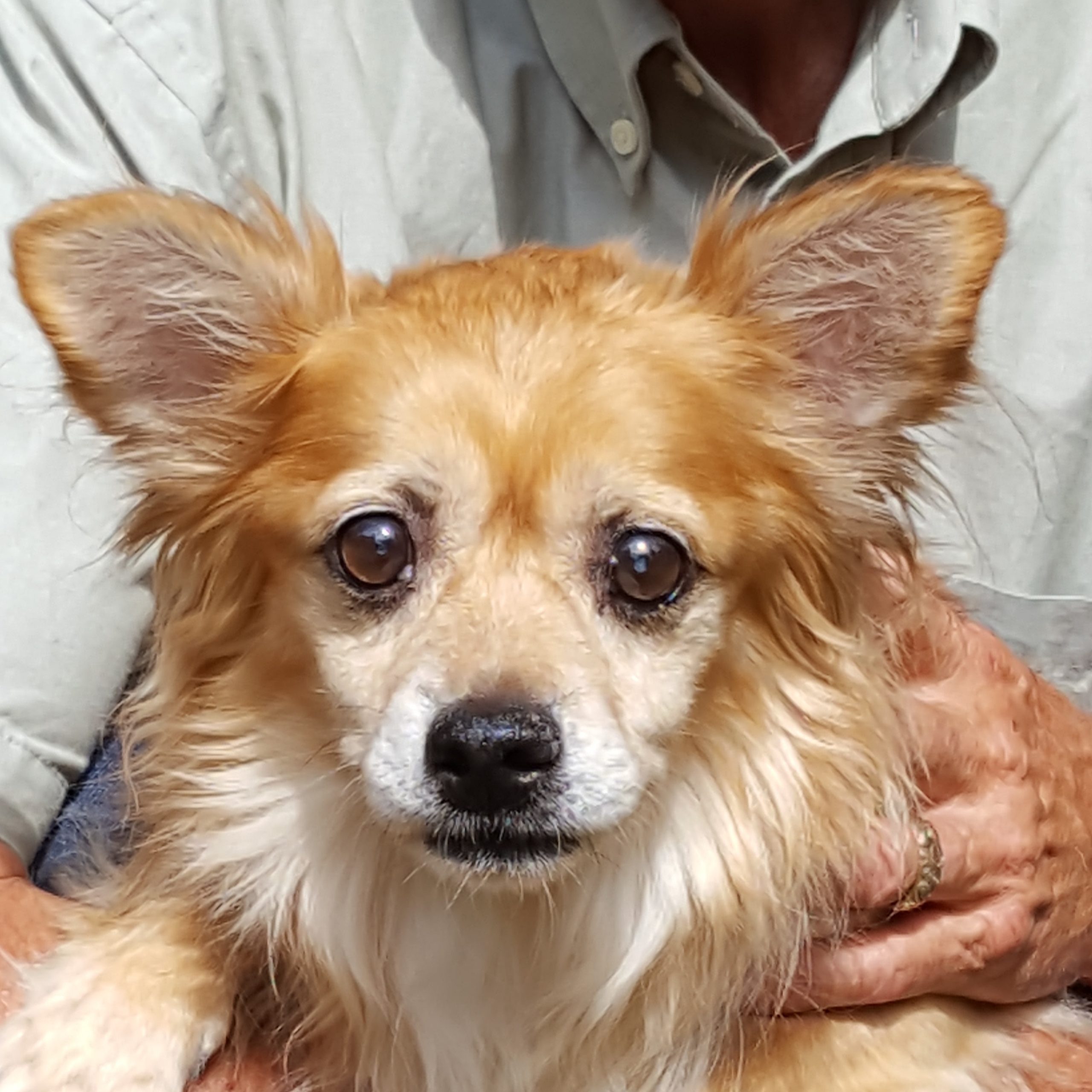 Jagger lived with the same family for seven years, and when he was diagnosed with diabetes his family asked the vet to have him euthanized.  The vet felt like the dog had alot more life in him, so Jagger ended up at HUA, where he quickly became the office boss. He always had his nose in everyone’s business, and he happily greeted everyone who entered the HUA office.  The staff loved Jagger so much, and they hoped that he could find a home with a family who would help him live a long and happy life.  Then one day some people who had experience with diabetic dogs visited HUA, and they were greeted by Jagger.  They asked about the nosey, friendly little fellow who greeted them, and the staff shared Jagger’s story with them. It seemed that therapeutic foster care was possible for him. The vet who saved Jagger’s life was right–he had plenty more life to enjoy, and the diabetes could easily be managed. He is now living a joyful life with his therapeutic foster family, and he doesn’t mind the insulin shots at all.  He thinks it is no big deal at all!  Dear Jagger-–he is such a good little boy.

Sponsor Me!
Search All HUA Dogs